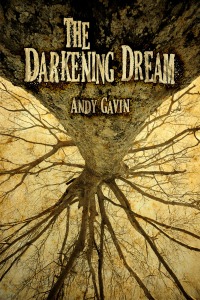 I’m plugging away on my “after the gap” read of The Darkening Dream. At the 60% point, so I should hopefully be done by the end of the week. There’s only one scene I need to go back to and give a bit of a rewrite. It’s one that’s always been a bit problematic, where a character tells a bit of a story about a previous encounter with the undead, and while it’s only 800 words (it used to be 3,000 in the first draft) it’s told in dialog. That’s always awkward, and it’s the only place in the book where a happening longer than a couple sentences is dialoged out. I even have to use that long dialog paragraph leave off the terminal curly brace thing. Over the two years since I first wrote the scene, I’ve rewritten it perhaps five different ways. As dialog, as flashback, with sarcastic interrupts, without. It was once a creepy, but over long episode, but now after so much trimming it just lacks punch.

I’ll have to revisit after I get to the end of this pass.

And I finally adjusted to past tense again (only took 20,000 words!). It’ll be interesting to see if my head whiplashes so badly when I flip back to Untimed (hopefully soon). I’m due my third draft notes any day now.

Moving through The Darkening Dream I find it paced like a roller coaster. Literally. Including the slow initial tick tick ascent to the top of the first hill (which crests at about at the 20% mark). The pacing is mirrored by the chapter length and the progression of time. In the first quarter, several weeks pass for the characters and on average the chapters are longer and more linear. Then at the top of the hill, I start to slide in the point of view of first one and the other villain. With that, the chapter length halves and the action is compressed into a small number of hectic and deadly days. Like most stories with a lot of violence, if one actually had to endure the narrative in real life, one would probably drop dead of exhaustion. TVs 24 being the ultimate example.

On a slightly different note, I switched the name on my ghetto cover (my home-brew one on the right, placeholder until I commission a real one) back to “Andy” as opposed to “Andrew.” I keep debating this. At some level it feels slightly odd to be in my 40s, a husband, and a father and not have dropped my nickname. But I just never have, and on the plus side all my SEO points at Andy, not Andrew. The later is what the Gas Company calls me.

2 comments on “Dreaming Along”