I and my partner Jason Rubin founded Naughty Dog, Inc. in 1985 and ran the company for almost twenty years. While there, I was a design/co-director/technical lead on Math Jam, Ski Crazed, Dream Zone, Keef the Thief, Rings of Power, Way of the Warrior, Crash Bandicoot, Crash Bandicoot 2: Cortex Strikes Back, Crash Bandicoot: Warped!, Crash Team Racing, Jak & Daxter: The Precursor Legacy, Jak II, and Jak 3. I was lead programmer (and sometimes sole programmer) on all of these games except for Crash Team Racing.

The story of my earliest days as a programmer can be found here.

Below is an index of my posts about video games development. To see all the games posts inline click here. Eventually I plan on doing series about each of my games, but I’ve only tackled the first Crash Bandicoot at this time. 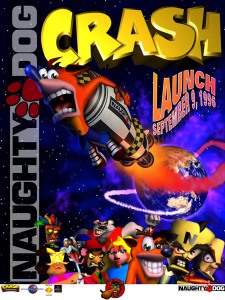