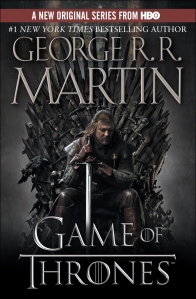 Episode 3 is titled “Lord Snow,” in reference to Jon Snow‘s nickname at the wall. This episode continues, and I think essentially wraps up, the trio of scene setting episodes. This world is so complex, with so many characters, it needed a three hour pilot. Still, it’s a damn enjoyable setup.

We do find ourselves with a different feel than last week’s “The Kingsroad.” This episode is brighter and faster, better I think, but also lacks any real momentous events or a dramatic conclusion. Episode 2 started off slower, but ended with a bang. Episode 3 just fundamentally introduces the Wall and King’s Landing. But both are fun. Varys and Littlefinger are a delight. There are a lot of very strong scenes in here, mostly in the area of character development and exposition. The scene where Robert, Barristan, and Jaime discuss their first kills is terrific. Others will and have quote it, but I will again. “They don’t tell you that they all shit themselves. They never put that part in the ballads.” Just awesome.

Tyrion and Arya continue to rock, Jon is building momentum. There’s good work with Arya and her sister, even better work with her and her father, and the fan fave delicious introduction of her “dancing instructor,” Syrio. No one who’s read the books doesn’t love Syrio and the waterdance. You can see subtle little nods to the characters, like Arya listing off those she hates, as this will flare into the flame that keeps her warm in the dark cold nights.

There are also curious absences. What happened to Ghost?  (Jon Snow’s albino wolf)  And Commander Mormont’s raven?  And time pressure makes a few of the scenes feel very very fast indeed for those viewers who haven’t read the books (particularly the Dany scenes this time around). If any of readers are in this camp (not having read the books), please comment below and offer your opinions of the show, I’m really curious. I love it, but some of this is propped up by my encyclopedic knowledge of the characters and their relationships.

I do also have to say that I don’t love the weird mixed race look of the Dothraki. The Khal is fine, but I would have just cast the rest as Mongols and made them straight up raw and tough. The blood rider is so young he looks soft, and middle eastern to boot. Who’s with me in thinking that Endo from Lethal Weapon would have made the perfect blood rider? — 25 years ago.

King’s Landing (aka Malta) has a different sunnier feel than I imagined it in the books, but I kinda like it, down to the interesting little detail of the floors always being dirty. And in a number of scenes the CG view out the windows is gorgeous, high up on the towers with the whole city laid out beneath like in Napoli. I also liked Maester Aemon, but he needs those white “blind guy” eyes because that’s how I imagine him.

Exposition or no, I enjoyed every minute of this episode, and we’re poised for some serious stuff in the hours to come ahead. Next week, jousts and dwarves in a pickle.